I am a returning customer

If you already have an account with us, please login at the login form.

Thank you for registering with Jaipur Craft!

You will be notified by e-mail once your account has been activated by the store owner.

If you have ANY questions about the operation of this online shop, please contact the store owner.

Your shopping cart has been saved, the items inside it will be restored whenever you log back into your account.

'Pink City' is a photographer's paradise

For the photographers, one of the city's most intriguing traits is the pastel pink coloring of its buildings.

The moment you arrive in Jaipur you will witness that the walls of most building are painted in “pink” terracotta color. The color resembles the city’s heritage and culture. Going back in the history, when Maharaja Sawai Ram Singh was in power and when Prince Albert came to Jaipur during the India tour in 1876. Maharaja wanted to impress the Prince and hence, he planned an extreme strategy.

Maharaja constructed a large concert hall and named it after Prince Albert Hall Museum. Then, he decided to repaint the entire city for beautification and chose terracotta pink for the same. The color was durable in all weather conditions.

The color represents hospitality. The queen of Maharaja Sawai Ram Singh loved the color and asked the Maharaja to make a law that every house in Jaipur should be pink in color and use of any other color is illegal. The law was passed in the year 1877 and it is effective till today.

Pink city has its own vibes and flavors which blends to perfection and brings a completely different exposure. Jaipur is all about forts, museums, food, monuments, shopping and many more things which makes it the most memorable trip in the Pink city

Things to do in Jaipur – the Pink city of Rajasthan 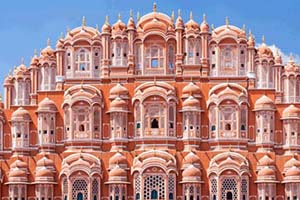 Hawa Mahal is the perfect blend of Rajput and Mughal Architecture, built by Maharaja Sawai Pratap Singh in 1799. The Hawa Mahal was built for the royal women to enjoy festivals and events. It is made of beautiful pink and red sandstone. The structure is in such a way that royal women can enjoy the street view and city life without coming in the sight of the public. Its shape is like a crown of Lord Krishna which has 953 jharokhas also called as windows in a five-story building. This makes it a must visit place in the pink city. 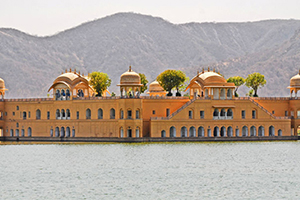 Jal Mahal, as per the name suggests is the water palace in Jaipur. Its tropical architectural style with a mixture of Rajput and Mughal structures are just amazing to the human sight. It is located in the middle of the Man Sagar Lake and it was built for the royal family to go on a summer gateway. It is best to visit Jal Mahal when it is raining, It looks dreamlike and breathtaking under the night sky. 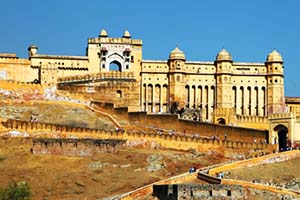 One of the most famous forts & palaces to visit in Jaipur. The Amer fort is located on a hill.  In the olden days, the Amer fort was a strong defense around the city. The Indian and Mughal blend of architecture is immensely beautiful. It is said that even the attackers did not want to destroy it. When exploring this place, surely experience the light and sound show which presents a rich history of this fort and city. 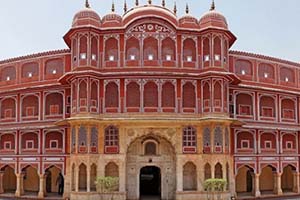 The City Palace located in the city. While exploring the palace do find two huge silver urns. They were made by Maharaja Sawai Singh II to carry drinking water of Ganga river while his visit to England. Also, do visit popular Govind Dev Ji’s temple. As per the belief, it is said that the image of Lord Krishna is the same as how he used to look while his reincarnation on Earth. 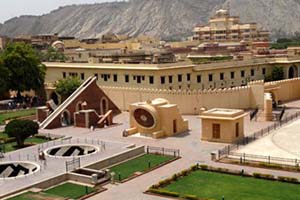 Jantar Mantar is an astronomical observatory founded by Maharaja Jai Singh II. Day and month were detected with the help of the astronomical device found here following the shadows and the position of the sun. This is declared as a UNESCO World Heritage Site.

Subscribe to our newsletters now and stay up-to-date with new products, deals and exclusive offers.